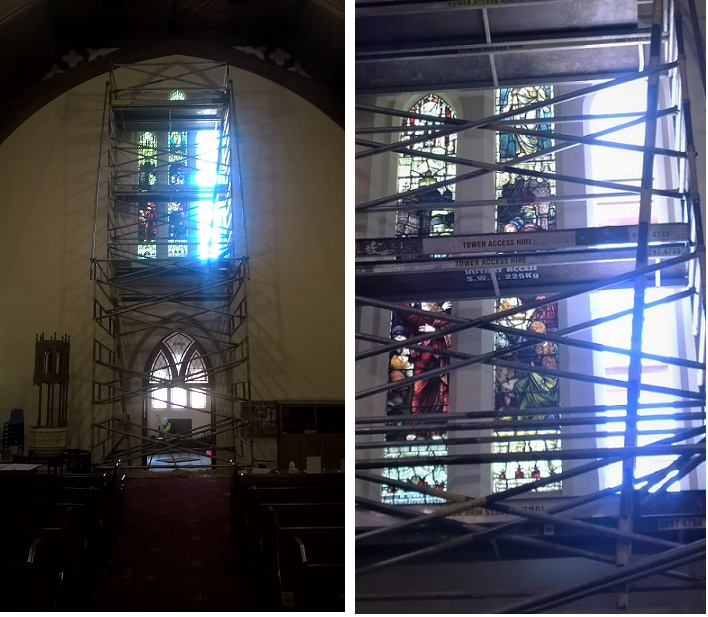 Thursday 1st June 2017 – the glass of the right light (window) has now removed from the church and is now being restored by Frans Kat and his team.

The right light in the Great Western Window reflects the raising of Lazarus. The light was installed in 1915 and made in London by prominent English firm Heaton, Butler & Bayne. The right light was erected to the memorial of Janet, the beloved wife of Sir James Pen Boucaut, who was the Attorney-General of South Australia in 1865 and eventually became the Premier of South Australia three times: from 1866 to 1867, from 1875 to 1876, and from 1877 to 1878.

The parish needs $100,000 to restore the Great Western Window. A tax deductible donation for the windows restoration can be made through the National trust.

The Restoration of the Great Western Window has commenced!